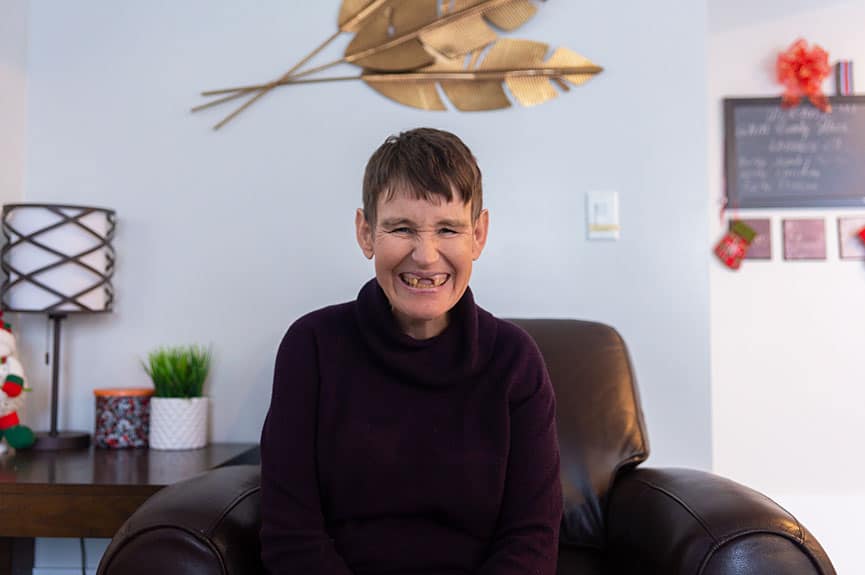 After an exciting and quick delivery, Jim and Vicki welcomed their first child into the world, a little girl they named Tanya. Shortly after her birth, the new little family moved to Toronto so that Jim could attend University.

Tanya grew to be a very smart and vivacious 10 month old, walking around saying ‘Momma’ and ‘Dadda’. However, shortly after that time, Tanya started to suffer from seizures from an unknown neurological disorder. These seizures did not stop for many years and impeded Tanya’s growth and development.

After a few years in Toronto and the addition of 2 little brothers, Todd and Trent, the family moved to Saskatoon. Vicki started a long career as an educator at John Dolan School while Jim became a Professor of Kinesiology at the University of Saskatchewan. It was in Saskatoon that Tanya first enrolled at FOCUS Saskatoon, a private school for children with autism. She then moved on to John Dolan School and graduated from high school at Marion Graham Collegiate in 1992.

Shortly after graduating high school, Tanya moved to Elmwood Residences. She worked for many years with Cosmopolitan Industries and Light of the Prairies. Tanya is now a warm and caring 47 years old and enjoys attending Phoenix dances, dance classes, walks in the neighborhood, visiting malls and swimming. She has an infectious laugh and is very friendly to both friends and strangers alike.